Workshops subject to change. Be sure to check back as we continue to post new offerings.

We offer workshops/presentations in the general session, including:

Please see Speakers/Presenter page for bios for these sessions.

Session A:  Adjusting Theatre to Virtual Spaces, with the creators of Ranked, A Musical
Kyle Holmes, David Taylor Gomes

Kyle Holmes and David Taylor Gomes share their journey in taking Ranked, A Musical from the page, to the stage, to New York City, to … Zoom. This workshop will focus on carving out our favorite elements of theatre and musical theatre, and finding meaningful ways to transfer them to virtual spaces so both our actors and audience members can find fulfillment in this new medium. 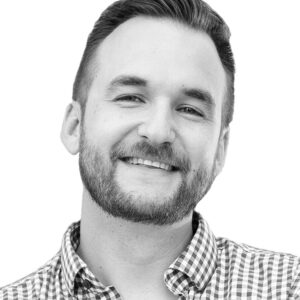 Kyle Holmes is an educator, director, playwright and member of The Dramatists Guild of America. As the Director of Theatre Arts at Granite Bay High School for the past nine seasons, he has produced and directed over twenty main stage productions, and his students have gone on to create art in Los Angeles, New York City, Ashland, Oregon, and across the United States. Notable directing credits include the amateur world premiere of The Unfortunates coming off of its run at the Oregon Shakespeare Festival and A.C.T. San Francisco, Jesus Christ Superstar, and Into the Woods. In 2018, Holmes began writing Ranked, A Musical with composer and musical director David Taylor Gomes that premiered at Granite Bay High School in April of 2019. The show received rave reviews and garnered national attention. As of fall 2020, it is being performed by high schools across the country and internationally. Holmes collaborated with Gomes as a writer, producer and musician for Boxed Up – The Musical, an episodic six-part immersive story staged at the Sacramento Warehouse Artist Lofts (WAL) that culminated in The Boxed Up Binge concert at Capital Stages. In 2018, he was one of four theatre arts teachers in California chosen to serve on the California Department of Education’s Visual and Performing Arts Standards Advisory Committee (CDE VAPA SAC), re-writing California’s K-12 Standards for Theatre Arts. He was recently recognized as Teacher of the Year by the Roseville Joint Union High School District for the 2018-2019 school year. Kyle received his B.A. in English, single subject teaching credential in English, and M.A. in Education from the University of California, Davis. He also holds an Administrative Services credential, as well as Career Technical Education (CTE) credential in Arts, Media and Entertainment.

David Taylor Gomes is a Composer, Actor, Music Director and Educator. He is a member of Actor’s Equity Association, The Dramatists Guild of America, and the American Society of Composers and Publishers. David is best known for writing the music and lyrics for Ranked, and Boxed Up – The Musical, an episodic, immersive, musical theatre experience produced at the Warehouse Artist Lofts (WAL) in Sacramento, CA. Performances of Ranked have been staged from coast to coast across the U.S. and the concept album is available on all streaming platforms. David has performed his original music at New Helvetia Theatre, Green Valley Theatre, Capital Stage, The Crest Theatre, Sacramento TBD Fest, and Bottle Rock Napa, where he performed with the Alternative Rock band Autumn Sky. In 2015 David performed alongside Tresa Honaker and AirAligned Aerial Dance Group at TedX Sacramento at the Sacramento Community Center Theater. Regional acting credits include: The Host/Musical of Musicals: the Musical, The Suspects/Murder for Two, Moritz/Spring Awakening, Scuttle/The Little Mermaid. David is a co-founder of The Sacramento Musician’s Collective, where he coaches actors and singers, many of whom have gone on to perform professionally in New York, Los Angeles, on national and international tours, off-Broadway, on Broadway, and in the West End. He has led educational workshops with Lenaea Theatre Festival, CSU Sacramento, UC Davis, Sacramento Theatre Company, Folsom Lake College, Hawkins School of Performing Arts, and Broadway Dreams Foundation.

In the first half of the session, Jesus A. Reyes will lead participants through a series of prompts and questions, What community do you belong to? What other communities exist around you? Make a list of all the assets in your community. Participants will be guided to think deeper and wider about the community they “serve” and set them on a course of discovery and awareness. During the second part of the session, Cristina Frias will lead participants by asking, How do we as educators center the voices of BIPOC students and artists? In this segment, we will discuss “anti’racist” theater work happening in theater organizations and departments.

Jesus Reyes, Community Partnerships Director
Jesus oversees Center Theatre Group’s community programs, which provide opportunities for people of all ages to experience theatre and the arts as a part of their daily lives and explore and share their talents, creativity, stories, and aspirations. He works to increase access to art and broaden the company’s work throughout Boyle Heights. Jesus studied theatre at San Jose State University and was a Los Angeles County Arts Commissioner from 2009–2014, representing the First District. He is the recipient of a Theatre Communications Group Future Leaders fellowship and a British Council Cultural Leadership International grant, and the Latino Arts Network Maestro Award. Jesus is a resident of Boyle Heights and is fortunate to have amazing friends and a wonderful family that put up with all his theatre duties. Programs include: Community Stories, Library Play Readings and Theatre-Based Workshops. 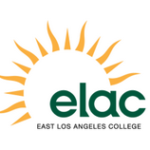 Cristina Frías is thrilled to join ELAC’s Theatre Arts Department! She is an award-winning Mexican-American Actor, Educator and Storyteller born and raised in Los Angeles. Cristina holds an MFA in Acting from the California Institute of the Arts (CALARTS), a BA in Sociology form U.C. Berkeley, a certificate from LAMDA’s Summer Shakespeare Intensive (London) and completed a 1-year study abroad in Madrid, Spain through Saint Louis University. Cristina has taught all levels/styles of Acting and Theatre Courses at colleges such as UCLA, UCSB, AMDA, CALARTS & LAMC. She is the recipient of several Artist-In-Residence Awards from the Department of Cultural Affairs, a recipient of the CCI Investing in Artist Grant, a selected participant in the prestigious Fornés playwriting workshop, a nominee for the Beutner Award for Excellence in the Arts (CalArts) and a semi-finalist for CTG’s Sherwood Award 2018. Cristina is known for her work in TALKING WHILE FEMALE created by Teatro Luna (Audible Original), REAL WOMEN HAVE CURVES (Pasadena Playhouse), THE MOTHERF*CKER WITH A HAT (South Coast Repertory), BETWEEN RIVERSIDE and CRAZY (Studio Theatre D.C.), BLACK BUTTERFLY (Mark Taper/Kennedy Center), ROMEO and JULIET (Shakespeare Center LA). Cristina has recently appeared on The YOUNG & THE RESTLESS (CBS), ANIMAL KINGDOM (TNT), ONE DAY AT A TIME (NETFLIX) and plays a lead in two original series FUNNY BROWN PEOPLE and THE COUCH. Other notable performances include work with the acclaimed comedy trio Culture Clash, the San Francisco Mime Troupe, Cornerstone Theatre Co., Independent Shakespeare Co., LA Philharmonic@Walt Disney Concert Hall, Getty Villa, Boston Court Theatre, Watts Village Theatre Co., CASA 0101, Campo Santo and Playwright’s Arena. Cristina has created solo performances and toured plays throughout the U.S. and internationally. She is a founding member of the seminal San Francisco Latina Theatre Lab and a proud member of Hero Theatre Company, Latinx Theatre Alliance and the SAG-AFTRA-AEA actor unions. www.cristinafrias.com

Session C: Video Your Audition Like a Pro
Erik Stein

Video auditions aren’t just the future; they are now. Most university, college, and conservatory programs now require videos as part of the audition process, and the majority of theatre companies are asking for video auditions during their casting process. This class will teach you how to film video auditions like a pro. We’ll watch examples of strong video auditions, we’ll explore angles, lighting, sound, and framing, and we will practice video audition techniques using familiar material. 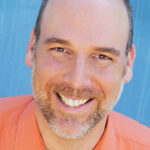 Erik Stein is the casting director for PCPA and the recruitment coordinator for Pacific Conservatory Theatre.  He has performed on Broadway, off Broadway, National Tours, and Tony Award winning Regional Theatre. He teaches “Audition Techniques” and “The Business of Being an Actor” for PCPA’s Acting Conservatory, and he is the author of No Caution! A Step-by-Step Guide to Preparing Auditions for Universities, Colleges, Conservatories, and Beyond.

Session C. Erik Stein:  Video Your Audition Like a Pro