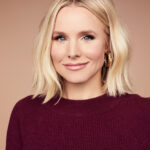 Kristen Bell most recently starred in the NBC series “The Good Place,” opposite Ted Danson. She also reprised her role as ‘Anna’ in “Frozen 2,” which with 1.3 billion thus far, has surpassed the $1.2 billion “Frozen” earned worldwide and taken over the top position as the highest grossing animated film of all time. Additionally, Bell is executive producing and appearing in a second season of “Encore,” which you can find on Disney’s streaming platform Disney+. Bell also recently starred in “A Bad Mom’s Christmas,” alongside Mila Kunis and Kathryn Hahn. The film is a sequel to 2016’s “Bad Moms,” the first STX film to gross over $100m domestically.  In 2016, Bell was seen as ‘Jeannie Van Der Hooven’ in the Showtime series “House of Lies” opposite Don Cheadle, which wrapped its fifth and final season.  In 2014, Bell reprised her beloved title role in Warner Brothers’ film “Veronica Mars,” which raised $2 million on Kickstarter in less than eleven hours and broke the record at the time for the fastest project to reach $1 million and $2 million.  She also brought back the role for a revival of the series on Hulu.  She appeared in a guest-starring arc on NBC’s hit series “Parks & Recreation” and played the lead role in the independent film “The Lifeguard,” which premiered at the 2013 Sundance Film Festival. Her other film credits include: “PANDAS,” “Olaf’s Frozen Adventure,” “Teen Titans Go! to the Movies,” “Like Father,” “CHIPs,” “How To Be A Latin Lover,” “The Lifeguard,” “The Boss,” “Hit & Run,” “Movie 43,” “Some Girls,” “Writers,”  “Big Miracle,” “You Again,” “Burlesque,” “When in Rome,” “Couples Retreat,” “Forgetting Sarah Marshall,” “Pulse,”  “Serious Moonlight” and David Mamet’s “Spartan.” Her television credits include: “Veronica Mars,” “Parks & Recreation,” “Unsupervised,” “Deadwood,” “Heroes” and “Party Down. Her Broadway credits include “The Adventures of Tom Sawyer” and “The Crucible,” opposite Liam Neeson and Laura Linney.  Her Off-Broadway credits include “Reefer Madness” and “A Little Night Music.” 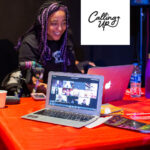 Claudia Alick is performer, producer, and inclusion expert. Named by American Theater Magazine as one of 25 theater artists who will shape American Theater in the next 25 years, Alick has served as the founding Artistic Director of Smokin’ Word Productions, is a NY Neofuturist alum, published playwright, recipient of NYC Fresh Fruit directing award, TedXFargo speaker, the Lilla Jewel Award for Women Artists, featured on HBO’s Def Poetry Jam and former Community Producer at the Oregon Shakespeare Festival. At OSF for ten years she produced events such as “The Green Show”, The Daedalus Project, OSF Open Mics as well as producing/directing audio-plays with OSF such as the Grammy nominated “Hamlet”. Her personal projects include her podcast “Hold On…Wait for It”, vlog “This Week in Cultural Appropriation”, StreetPoetry, and one-person Show “Fill in the Blank” exploring disability and the medical industry. Claudia served on Oregon Arts Leaders in Inclusion, the steering committee of The Ghostlight Project, the steering committee for Black Theater Commons.  She is currently managing content with The Crew Revolution black female leadership, serves as Co-president of the board of Network of Ensemble Theater, and the board of NW Arts Streaming Hub, collaborates with the Unsettling Dramaturgy (crip and indigenous international digital colloquium) and is on the advisory councils for the National Disability Theater and Howlround.  Claudia Alick serves as founding executive producer of the transmedia social justice company CALLING UP whose projects include Producing in Pandemic, The Every 28 Hours Play, We Charge Genocide TV, The Justice Quilt,  Co-artistic direction of The BUILD Convening, and Digital Design of The Festival of Masks, in addition to consulting and advising funders and companies around the country. She is producing performances of justice on stage, online, and in real life. 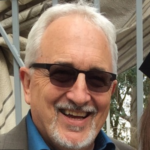 Jack Mitchell worked in the film and television industry for 12 years. He was a classroom teacher in the Los Angeles Unified School District for 22 years. He co-founded the Bilingual Theatre Program at University High School in Los Angeles. He served as the California Department of Education Arts, Media, and Entertainment Industry Sector Lead for 13 years supporting the growth of the sector from 22k students to 231k students, the largest industry sector in California Career Technical Education. In addition Jack was a member of the National Arts Standards writing team for Theatre, and served as the Theatre Content Lead for the 2019 revision of the California Arts Standards and lead the 2013 revision of the CTE Model Curriculum Standards in Arts, Media and Entertainment programs and pathways. Jack recently founded AME Consulting, LLC, to strengthen or build strong, industry connected AME programs and pathways. 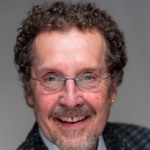 Eric Engdahl has a Ph.D. in Theater History & Criticism from the UCLA and a M.F.A. from the Professional Actor Training Program at Southern Methodist University. He has been an actor, circus ringmaster, director, and has taught acting in colleges across the country. He and his wife Tess Giannotti were Co-Artistic Directors of Actor’s Theater of Sonoma County and A Live Act!, a touring children’s theater. He has lead numerous professional development workshops for teachers and schools and worked to bring quality arts education to all students in California. In the coming year, he will be leading professional development on Social Emotional Learning and Arts Integration in rural schools in project managed by the University of Tennessee, Chattanooga and funded by the Tennessee Arts Commission. No doubt because of the organizational, communication, leadership, and collaboration skills that all theater people develop, he now finds himself as Chair of the Department of Teacher Education at CSU East Bay, as well as the Visual and Performing Arts Curriculum Specialist.   He has been working at the state level on the new California Arts Standards and Framework and (a great labor of love) for the re-institution the California teaching credential for theatre – soon to be a reality. 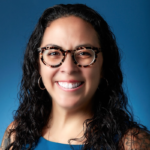 Dr. Daphnie Sicre is an assistant professor of Theatre Arts at Loyola Marymount University, where she teaches directing, solo performance, Latinx theatre and theatre for social change. She shares a deep passion for discovering multiple Latinx and African-American perspectives in theatre. Focusing on Afro-Latinx performance, she completed her Ph.D. at NYU. Her latest publication is a co-authored article entitled “Training Theatre Students of Color in the United States” in the Theatre, Dance, and Performance Training journal and a book chapter in The Routledge Companion to African American Theatre and Performance entitled, “Afro-Latinx Themes in Theatre Today”. Other publications include, “#UnyieldingTruth: Employing the Culturally Responsive Pedagogy” from the book Black Acting Methods and “Bilingual Storytelling and Puppetry with Head Start Children” from the book, The Arts and English Language Learners. Currently she is working on two book chapters, “A Time of Protest; Exploring Activism through Theatre of the Oppressed and Hip-Hop Pedagogy” in Dynamic Bodies, Emerging Voices- Racializing and Decolonizing Actor Pedagogy and “Romeo y Julieta; Staging Shakespeare in the Park in Miami” for Latinx Shakespeare: Performance, Appropriation and Pedagogy as well as a journal article entitled, “Afro-Latinidad: Being Black and Latinx in Theatre Today in Theatre Symposium. During the pandemic, she helped compile the document, “Teaching Theatre Online: A Shift in Pedagogy Amidst Coronavirus Outbreak” which has been used across the country, as well as in England, Australia and Ireland.  Engaging in anti-racist and cultural competent theatre practices, Daphnie facilitates Theatre of the Oppressed workshops remixed with Hip Hop Pedagogy to teach about equity, diversity and inclusion in theatre. She also co-created We Are the Canon, anti-racist theatre pedagogy workshops.  When she is not writing, teaching, or conducting workshops, she can be found directing or serving as a dramaturge. She recently directed the following Zoom production: Talking Peace by France-Luce Benson (Fountain Theatre, a stage reading of Waiting for Godinez by Daniel Olivas (Playwrights’ Arena) and podcast reading of Ash & Feather by Sharon Francis’s. Her LMU debut was In the Heights and next year she will direct Diversity Awareness Picnic by Leah Nanako Winkler at LMU. Select New York City directing credits include: Jose Casas’s 14, Shower Me at the FringeNYC, Stranger for Stage Black, where she won Best Director and the AUDELCO nominated Not About Eve.

Allison Frenzel works as an Education Programs Consultant with the California Department of Education (CDE) in the High School Innovations and Initiatives office, supporting all Arts, Media, and Entertainment Career Technical Education (CTE) and Secondary Arts Programs in California. She is currently leading the CTE Distance Learning Task Force for CDE.  Allison attended the Evergreen State College in Olympia Washington in 1998 and graduated from Sonoma State University in 2004 with a degree in American Multicultural Studies. She holds four teaching credentials: Multiple Subject K-12, Single Subject (English), Supplemental Authorizations (Dance, Physical Education) and Designated Subjects for CTE in the Arts, Media, and Entertainment industry sector.  She completed a Masters Degree in Educational Technology at CSUF in 2017 where she received the Elwin Carr Fellow award for excellence in educational leadership. Allison began her career in education as a district intern with Windsor Unified School District where she worked as a classroom teacher and CTE coordinator for 15 years. She founded and directed Windsor High School’s Dance Program, and the Nueva School for the Arts, which are both model programs for the state of California.

The California Arts Project (TCAP), one of the nine California Subject Matter Projects, is a collaborative, statewide network of arts educators, TK through University, with the mission of improving teaching and learning in dance, media arts, music, theatre, visual arts and in the career arts, media, and entertainment. TCAP’s network of Teacher Leaders actualize TCAP’s mission through engaging communities of practice in ongoing professional learning and inquiry. The TCAP communities strive to ensure access for all California students to a sequential, comprehensive, and excellent standards-based arts and career arts education. Courtney Sawada is the Regional Director for the Southern Counties Arts California Project, at San Diego State University, serving Orange, San Diego, and Imperial Counties.

Dale is currently working his 15th year as a professional ASL interpreter.  A child of deaf adults, he has worked all over the Bay Area in numerous capacities – including BroadwaySF and various community theatre companies, the California School for the Deaf, City of Fremont, Coldplay’s “A Head Full of Dreams” and Beyoncé’s “Formation” world tours.  He also worked closely with ESPN for “Silent Night Lights”, a feature which aired on their sports magazine show E:60.  Dane is also a seasoned performer, having been featured in productions of Shrek (Tri-Valley Rep), Eurydice (City Lights), Hairspray (Stage 1), and Jekyll & Hyde (Sunnyvale Players).